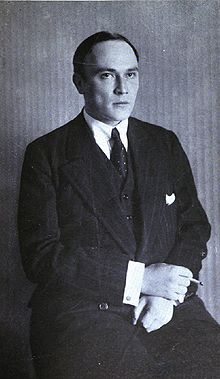 John Grosvenor Beevor, head of SOE in Portugal, disclosed that Tereshchenko was his first contact in this country. But I could find no trace of him at all, only references to his business activities in France, Monaco and Madagascar after the Bolshevik Revolution [1917].

Tonight progress was made. He also worked in Mozambique, and indeed in Lisbon during WW2, undercover.

Tereshchenko visited Beevor on several occasions. For that purpose, he called a lady who provided Red Cross passports as an intermediary. He had a house in Estoril, which was owned by a German, and he reported the relevant fact that led to the discovery by Section V of MI6 of one of the top German agents who spied for naval intelligence, mainly vessel routes.

According to John Beevor, he spoke nine languages fluently [actually, thirteen], including Portuguese.

Aleksandr Yakovlevich Golovin painted him, as can be seen here: 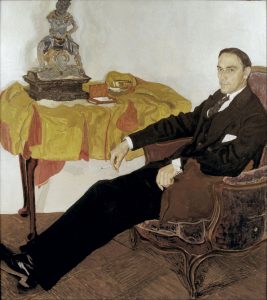 «During the World War II Michael Tereshchenko organized a caution crossing of scientists, artists, participants of protest from Monaco to London in order to help them to escape the German occupation.» [see here].

Another revelation here, from his grandson, Michael:

«In 1931 the largest Austrian bank, the Credit-Anstalt, went bankrupt. In seven years grandfather was able to recover 99.5 percent of its wealth. When Hitler began to threaten Austria in 1938, grandfather succeeded in transferring all the bank’s funds to an offshore bank in Monaco a few weeks before the invasion. Hitler considered him his personal enemy. I am very proud that Lenin and Hitler wanted to kill grandfather, but they failed.”». 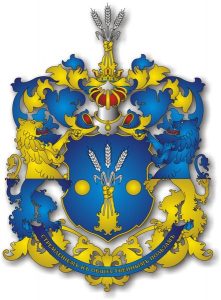 From the family page on FB, I quote:

«A few words about what “offshore” really is, its purposes and who was the Founding Father. Mikhail Tereshchenko was the one who saved and restored the entire capital of the Creditanstalt bank. At that time, the bank could get into the hands of Adolf Hitler. Tereshchenko thought out a new structure, that would manage all the foreign assets of the Austrian bank, but officially located in a neutral country, beyond the reach of the German authorities. Michael shared these ideas with his colleagues and managers, who were mainly British banks representatives. They approved his proposal as one. Michael ruled out Switzerland: as it was too close to Germany and chose Monaco – he often went there and has established friendly relations with Louis II, Prince of Monaco. Michael proposed the creation of the bank at Monte Carlo – this will be the prototype of all future offshore banks, which after a few decades will form the basis of Monaco’s financial stability. On March 11, 1938 in the capital of the former Austro-Hungarian Empire, unrests flared up again and the Nazi fifth column has already called Germany for help. On March 12, 1938, Mikhail left Austria, carrying all documents in a travel bag, which accommodated all the foreign assets of the bank Credit-Anstalt in the Principality of Monaco. Upon arrival in Monaco, Michael learned about Anschluss and how easily Hitler grasped in a few hours the Austrian capital. But Hitler was not able to reach the huge foreign assets of Creditanstalt bank, which were already controlled by the first in the history offshore bank – newly created “Société Continental de Gestion”, where the first president was – Mikhail Tereshchenko. After the operation, the British bankers ordered to put in all international books on Economics – the project and the term offshore, created by Mikhail Tereshchenko.»

Step by step, I am getting closer to finding out the reason for the contact between him and John Beevor from SOE.